Objects are virtual items dedicated to push data to flows. Objects are defined for each Users. Objects in t6 are the virtual nodes of your physical devices. They are sending measured values from their embedded sensors to the Flows. Common cardinality is 1:1 (Object:Flow) ; but you can setup multiple Flows for the same Object (a DHT11 sensor handle 'temperature' and 'humidity' for instance). Additionally, you can set a Flows to be feed from multiple Objects. 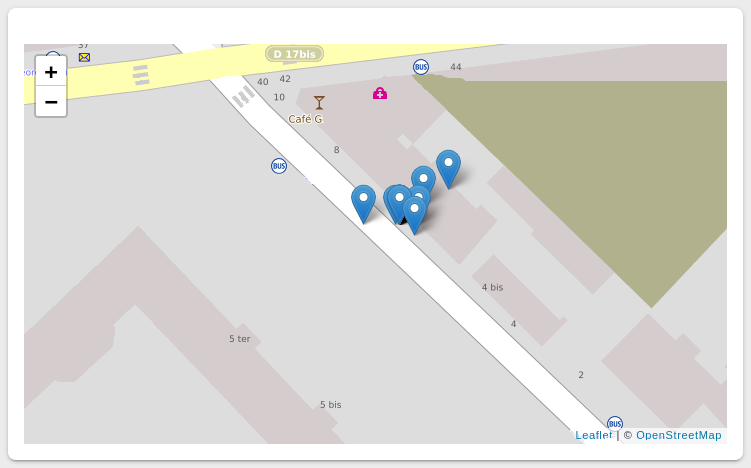 The main purpose of Objects is to store symmetric keys for both signature and cryptography.

Additionally Sources & Over The Air (OTA) are also some of the attributes for an Object. And for advanced Objects usage, the User Interface (UI) is allowing each physical Objects to have its own User Interface and defined in t6 Api.

Another meta information are useful on Objects to collect their position: longitude and latitude. Additionally, t6 embed a map visualization to show your Objects from their geographic position.